Instantly get everything I make, and then some.
Get all the new music I release, plus bonus items from my back-catalog, subscriber-only specials, and access to subscriber-exclusive messages.
You’re a subscriber Thank you!
Blood Music photo

I thought it was about time to run a subscription service since I have made so much music it would be impossible to release it all via the usual methods. I will put everything here, sporadically. Expect E.P.s, albums, live cuts: taiko acid, acousmatic, spoken word, drum-n-drone. Realistically, there isn't a label out there that can handle the diversity of my work: it's cool, I know that. Thank you to all of you who have supported me over the years: the physical releases I put on Bandcamp all sold out quickly.

I founded BLOOD MUSIC in London, in 2011. The name ‘Blood Music” is one English translation of the Japanese taiko ensemble, Kodo: “children of the drum”, “mind-before-thought”, and “music heard in the womb”, or rather, “blood music”. Drumkit since the age of 5, guitar since the age of 8.

First 12”, a red vinyl called “Blood Music E.P.”, was released in 2013 by Diagonal Records, a solo record of drums, guitars and voice. This period concentrated on no wave, post punk and electronics, of inspiration of Sonic Youth, Suicide and Pan Sonic, and the Kodo, with a live set-up of large amp stacks, kick drums played in a taiko style, de-tuned and prepared guitar, and vintage synthesisers. The lyrics for ‘Rare Earth Materials’ were inspired by the London riots of 2011: the words “All the buildings are on fire/all the fields getting higher” is also a reference to lanthanide mining (hence, ‘Rare Earth Materials’) that takes place in North America and China, which is mined for use in phones and laptops, and which is devastating for ecology. In 2015 “Chicks/Badgering” was released by Diagonal Records, marking a change in direction into techno, production with Logic X, and modular synthesis work with executive producer Russell Haswell.

Since released experimental works on Always Human Tapes (US) and dingndents (Korea).

Mini-tour of Japan. Trained with the Ondekoza (Japanese for ‘devils on drums’), one of the most important taiko drumming ensembles in Japan. This has been critical in influencing BLOOD MUSIC work and helping to develop an original style of music, and a new kind of Blood Music. “TAIKO SERGE POEM” was released by Korean label and collective dingndents in September 2018 - it is a two-track single, a banger and a psychedelic trip, mimicking the physical rhythms of taiko via modular synthesis. It comes with a speed reading video, and a PDF of 40 algorhythmic, generative poems.

DJ mixes have been broadcast on NTS, In Disarray and New World Radio.

Here’s what you get:

You’re a subscriberThank you!
* Downloads are DRM-free and available in MP3, FLAC and more. 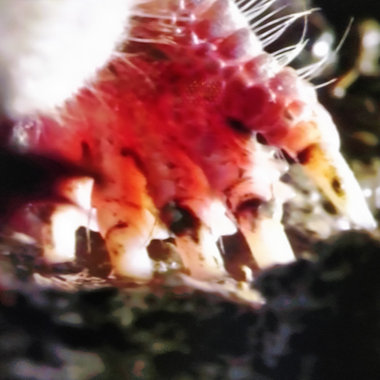 Subscribe to Blood Music and get so much more.

Get all the new music they release, plus bonus items from their back-catalog, subscriber-only specials, and access to subscriber-exclusive messages.

Thank you for your support!

Thank you for supporting my BLOOD MUSIC!!!

When you follow Blood Music, you’ll get access to exclusive messages from the artist and comments from fans. You’ll also be the first to know when they release new music and merch.
← view all messages

by
pre-order buy now you own this · send as gift · · wishlist in wishlist
.
/